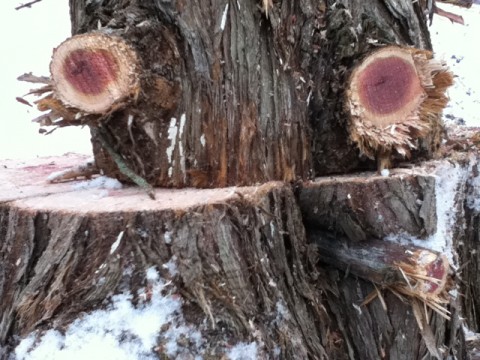 To date, cellphoneSketchpad has taken the ‘picture’s worth a 1000 words’ approach (+ headline and caption…) to it’s daily posts. With few exceptions this blog is mostly about the quick get in – view sketch, (hopefully have a useful feeling/thought about it) and get out and get on with your day.

Lots of permission to experiment AND actually #fail* here. Sometimes the posts are spot on, sometimes they suck – such is life. If every post had to be perfect this would have stopped after day three. I love the immediate availability of the cellphone camera as a tool to capture and share some kind of story. Maybe it’s the story I am intending to tell – maybe it’s a free association that you have to the sketch and you come up with your own story. Maybe it’s both – or some days, I’m sure, it’s neither… and I’m ok with that. mobile journal. cyber comic. digital rorschach.

So what is Poke the Box? And what is the Domino Project? Brainschilds of Seth Godin, they are fundamentally about the spreading of ideas. And in the midst of that – offering a new means of publishing, recognizing that the old model of a few behemoth publishing houses ‘deciding’ what does and does not get published – is coming to an end – or arguably all ready has. Poke the Box is the first forthcoming title (due out March 1) from the Domino Project and if it is anything like Linchpin prepare to get very unstumped.

* for those struggling with the notion of #failing check out the definitive title ‘How to Fail‘ from my new friend and fellow Domino Project Street Team (more on that in a future post) member, Aaron Goldfarb.